Awful, DO NOT GO NEAR THEM

absolutely awful, I have been paying for the insurance over two months and dropped my iPhone damaging the screen.... Read more

absolutely awful, I have been paying for the insurance over two months and dropped my iPhone damaging the screen.
Quite simply I purchased the iPhone XS Max from apple for my brother, he preferred android so I took it back 3 months later and purchased an android phone for him. as it was over 30 days since I purchased it I could not get AppleCare. So foolishly I purchase this "what gadget buddy call" phone insurance? after calling them, they informed me they do not use authentic apple parts which would void my warranty.
It has been over a week since I made a claim and still waiting for it to be sorted. They are asking too many questions about the android phone I purchased before taking out the policy with them which is irrelevant and making me feel like its fraudulent. They are asking for photos of there i dropped it, for me to contact my provider for proof that IMEI has not been used prior, bank details and to speak with shop where I purchased an android phone for cash.
I have now booked the phone into apple to pay and get it sorted.
MY ADVICE!!! IF THE SEE THE NAME GADGETBUDDY, just walk away and avoid like the plague, do your research and use someone else if you like your expensive gadget... 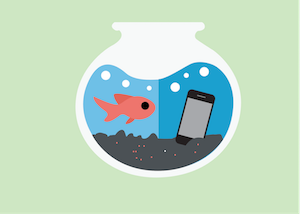 Now in their seventh year, the British Bank Awards are back to find the UK’s best products, hottest innovation and most trusted financial brands and partners.