Nothing says “Happy New Year” like digging through last year’s review data in search of some fascinating nuggets of insight, so that’s exactly what we’ve done.

Or maybe that should be “Appy New Year”, because one trend that stands out is the increasing customer preference for app-based banking over the other three channels: online, in-branch and over-the-phone.

With 13,647 customers telling us about their preference in 2018, we saw a noticeable shift towards app-based banking. Every other channel is less popular than it was in 2017. In 2018:

In total, this means 77.6% of all banking customers now prefer digital channels.

When we broke the data down by age group, we spotted a clear trend across every age group. From the youngest to the oldest, all customers had a greater preference for apps than they did in 2017, and while online banking is now most popular with those aged 65+, it's popularity has plummeted with those aged 18-24.

Channel preference is so interesting because the story isn't always simple. Sure those aged 65+ prefer using banking apps least (12.9% in 2018), but those aged 18-24 are in fact the biggest fans of phone banking (14.9%).

We also took a look at which parts of the UK had changed their banking behaviour. The most digital-first region emerges as the South West of England, where 80% of customers prefer digital channels, and while least digital is the North West of England, there’s only a 5% difference at play.

Where has the change come from?

We view 2018 as a real watershed. Like many personal finance innovations app-based banking has been surprisingly slow to catch on, despite the hype. In the same way that few customers have switched their main account with a high street bank to one of the challenger banks, consumers don't always want to think about banking. It's not a topic we like chatting about...unless you happen to work at Smart Money People of course!

For a long time, banking apps weren’t worth dealing with the hassle and perceived security risks. Most of them were awkward and ugly, with a clunky UI and limited functionality. They didn’t do anything you couldn’t do through a website, and they often did a lot less.

But the rise of app-only challenger banks and other FinTech apps is beginning to normalise app-based banking, reassuring app users that the systems are secure. These apps are offering genuine benefits, such as spending insights, budgeting tools and instant updates on your spending. Best of all, they make banking and managing our money easy.

Developing a widely recognised 'great app' has become a massive badge of honour for any bank...there’s a reason why “Best Banking App” is one of the most competitive categories in our British Bank Awards.

These digital experiences are only likely to get better. They’ll be even easier to use, more secure and provide more value to customers. Done right, apps have the potential to offer benefits that no other channel can, and for financial firms, they're often the cheapest way to service customers. This is why the rise of banking apps is a trend that’s not likely to reverse any time soon. 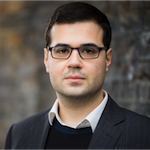 Posted in Insights by Michael Fotis
Building Societies in 2020: Banking on broker satisfaction?