About you (What is this?)

To whom it may concern, I have just been speaking to one of your employee's over the phone regarding a claim for an incident which occurred on the 01.08.16, The gentlemen whom I spoke to gave me the name of Akeem which may be a fake name, is a useless me Read more

To whom it may concern,
I have just been speaking to one of your employee's over the phone regarding a claim for an incident which occurred on the 01.08.16, The gentlemen whom I spoke to gave me the name of Akeem which may be a fake name, is a useless member of staff who is probably sitting on his arse not knowing what he is doing at all. He may be new or something but he is the rudest person ive ever spoken to and im an estate agent who knows well, customer service is key! This is the 1st complaint I have ever made in my life and may it be the last but I cant sit here and think that this 'Akeem' is going to be speaking to other customers in the same way.
So, I called for an update which I have been doing for the past 2weeks. He asked if I was the owner of the vehicle. I said no but I was the driver of the incident and I have been it touch several times, could you just put me through to claims please. he said he cannot out me through because im not the main driver????? he then said he couldn't give out any information without speaking to the main driver first???
Once I realised he didn't know very well what he was talking about, I explained I had been in touch several times and if he could put me through to claims or another colleague. he refused and refused. I asked to speak to a manager which he said I could and If I wanted to leave a complaint to leave it on here?

This employee is a joke.

I demanded he gave me the managers name and after a while he gave me a name: April. That's all he said. no Miss, no Mr nothing. just goes to show his level of professionalism. I asked to speak to Miss April which he said straight away, she isn't available can you hold the line. So he asked me to hold the line before asking the manager if they can take a call and then I don't understand why he wanted to put me on hold? Was he going to keep me on hold?
I don't know if he was giving me fake names but I hanged up and called again and was finally put through to a more professional member of staff called: Jay Martin in claims. This gentlemen was top notch, he knew what he needed to ask, wasn't stupid & gave me all the information which I requested and even offered more help! This AKEEM dude should become his apprentice. Only after 3mins of Jay's time, I got more information than I needed and I was put through to the correct person Arron, who was dealing with my case.
Both Arron and Jay are suburb and in no way was they as rude. I still havnt got to the point as to why AKEEM was being the way he was. Woke up on the wrong side of the bed? Or mummy didn't make him lunch?

Im sure you record your calls? As I keep hearing it when im on hold..

So this goes to the manager who I suppose is a women:
Miss April, can you please sort out this 'human' and fire his arse because if I ever call and he answers the phone, I will be taking further action. There is no way I pay for insurance and get spoken to the way I did.

I advise you hear the call and take further action. To be very honest, no wonder why there is so many bad reviews about GoGirl. He left me no choice so here is another.
Sort it out, your staff are loosing you customers and to be very honest, if the manger knew what she was doing, she would have a employed a scum 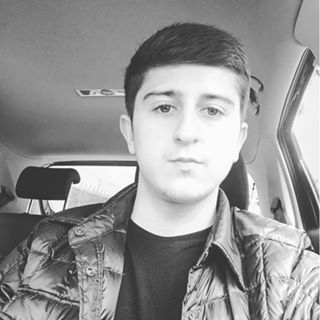