Mortgage lenders are facing a challenging environment. An interest rate war driven by large high street lenders, economic uncertainty and rising consumer expectations, are helping to make this a challenging summer for many mortgage companies.

In this blog we explore what this means for mortgages and whether it’s good news for consumers. 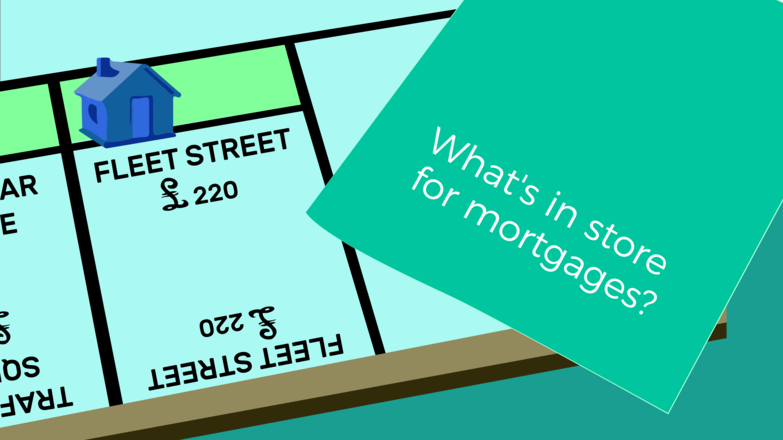 Interest rates across the market have fallen significantly in recent years. Recent data from the Bank of England shows two-year fixed rate mortgages reached a historical low in April. First-time buyers have been a major benefactor, with low deposit mortgages seeing some of the largest cuts.

Historically low base rates are behind this, as are new Bank of England rules which came into force at the beginning of this year which mean that large banks are no longer able to invest retail savings into their international and investment banking operations. These retail savings have in many cases been ‘ringfenced’ and re-routed into the mortgage market, meaning that there’s been an influx of money into mortgages, as banks need to lend a portion of their deposits in order to make a return.

In the short term, this is great news for customers looking for a good mortgage deal, but bad news for some smaller lenders who are struggling to stay in the game.

Could we see the UK’s first negative interest rate mortgage?

Denmark recently made international news, and we’re not talking about President Trump’s reported interest in buying Greenland! We’re talking about news of the first mortgage with a negative interest rate. A mortgage that pays you to borrow.

While we don’t think that UK lenders are about to jump into the negative interest rate mortgage game, interest rates are probably set to remain at historically low levels for a while yet.

So what else is in store for mortgages?

UK borrowers are taking on mortgages later, longer and often into retirement. Let’s look at some of the facts:

Rising property prices, modest wage growth and low interest rates are some of the key factors fuelling this trend. For some, mortgages into retirement will be a depressing thought, but it’s certainly is one area of the market that hasn’t matured.

The search for niches

The ongoing price war means many mortgage lenders, particularly smaller firms, are struggling to grow their mortgage lending while also not increasing their risk profile. Tesco Bank announced that it was leaving the market earlier this year, are more are expected to follow.

While conditions are tough, all firms are working hard to embrace innovation, expand their product offering and criteria, in order to find profitable niches. Think houses with straw roofs, mortgages for Airbnb properties etc.

If the market wasn’t competitive enough, more firms are getting ready to jump into the mix. Tandem Bank recently announced that it was developing the UK’s first crowdsourced mortgage set to launch in 2020, and looks set to focus on the needs of freelancers and those working in the gig-economy in particular.

Outside the box thinking

More mortgage lenders are thinking bigger about what more they can do other than just mortgage loans, or are trailing innovative ways to sell mortgages. For example, Cambridge Building Society recently launched its ‘Rent to Home’ initiative, letting out properties and returning 70% of the rent as a deposit if the customer takes out a mortgage with them.

A caveat from down under

Whilst the signs are good for mortgage borrowers now, 2008 has shown us that complacency often doesn’t end well.

Indeed the Bank of England has been concerned that the models used by banks and building societies that assign less and less capital may be flawed and that there may be too many high risk mortgages (LTV and LTI) out there.

Caveat aside, the era of low mortgage rates seems set to continue for a while yet, and this will largely be good news for customers. Innovation is leading to more quirky product development which should also help customers who have ‘tricky’ circumstances. But discovering gaps in the market isn’t easy, and can quickly be copied, which means that the competitive landscape for mortgages looks set to continue.

Every six months we ask mortgage brokers to leave feedback for the mortgage lenders they deal with. With 1,696 pieces of broker feedback, this is the UK’s largest independent benchmark and provides unique and actionable insight into lenders responsible for 93.2% of all mortgage lending in 2017 (UK Finance),and includes detailed SWOT analysis for 35 UK lenders. Click here to find out more about the Mortgage Lender Benchmark.