Are customers' decisions influenced by how their bank operates?

How many of us would switch if our bank was found to have failings in areas such as diversity, sexual harassment and discrimination?

These themes - which are known as "non-financial misconduct" - are under the microscope like never before.

We wanted to find out how much these themes affect where customers choose to put their money. So we ran a survey.

Overall, 48% of our respondents told us they would consider switching if their bank was found to have failings around non-financial misconduct.

But only 4% told us they have actually done so.

Switching banks: too much hassle?

So why the gap between intention and action?

According to 37% of our survey respondents, the main reason is hassle.

Transferring those direct debits and updating saved payment details is, for most us, too much life admin.

What makes this especially interesting is the broad promotion of the Current Account Switch Service, which moves all your direct debits and standing orders to a new account, and redirects any payments made from your old account to your new one.

But clearly, this message isn’t getting through. Or if it is, it’s still not enough to convince people to go through the hassle of switching.

A lack of alternatives?

Other than hassle, the next biggest reasons for not switching are:

Even among younger customers, these perceptions are still rife, despite the growing - and increasingly vocal - army of challenger banks that pride themselves on offering a completely new form of banking. Most of these banks are aimed squarely at younger demographics. Monzo and Starling, for example, draw the majority of their customer base from the "millennial" demographic.

How perceptions - and market shares - are changing

But the signs are encouraging. Recent figures from the Current Account Switch Service found that, between July and September 2018, 200,000 people switched their current account.

The two biggest winners are Monzo and Starling - followed by Triodos Bank, which launched an ‘ethical current account’ in 2017.

This research shows that customers are increasingly thinking about why they bank with particular providers, but the factors involved in the decision-making process to switch are many, and often, complex.

Why people would switch

We also asked our survey respondents which issues would make them most likely to switch banks. We learned that:

Why people did switch

We asked our ethical switchers – all 4% of them – what specific examples of non-financial misconduct drove them to make the switch. The answers are illuminating.

“During the Scottish independence referendum, they publicly came down on the side of remaining in the UK.”

“The attitude of the manager towards both customers and his staff.”

“They invested in arms.”

“No specific reason. I just moved to a more ethical bank.”

“They funded weapons and fracking.”

“A friend of mine who worked for a major bank said that sexual harassment was so prevalent she had to change jobs. The least I could do was change my account.”

“Ethical reasons - investments in money and where they invest.”

“The bank failing to upgrade IT infrastructure but paying big bosses millions of pounds in bonuses.”

“The poor customer service, and their lack of understanding around mental health. All they thought of was money, money, money.”

“They support projects that damage the local community.”

Among customers who had switched bank account, we can see from the language they used that issues around ethics are a consideration for an important minority.

When we talk about finance, we talk a lot about financial misconduct. These things are carefully regulated by the Financial Conduct Authority (FCA). For example, financial firms have to ensure the fair treatment of customers and can’t be involved in market manipulation.

We hear less about the non-financial side of things, but it’s becoming increasingly important. Diversity, bullying, discrimination – all these things can have an important on how a bank operate.

Smart Money People plans to shine a light further on culture in finance over the course of 2019. 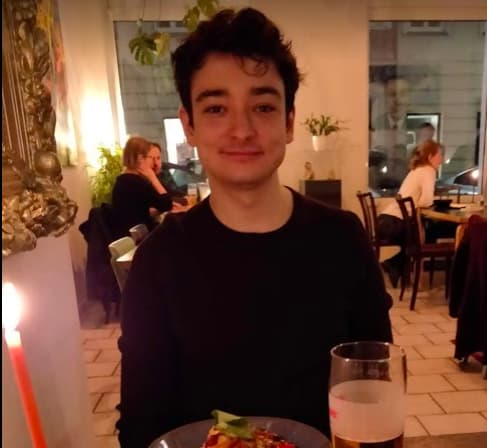