If I could give a zero, I would

Step-father is 75, can't do the internet but his renewal with another company was massive, so I looked around for a cheaper quote.

To cut a long story short, he ended up cancelling the policy after Bikesure bombarded him with emails asking for document after document to be uploaded to his "Online Account". He explained he wasn't able to do that, (we live quite a way from them so we weren't able to help).

The staff were obnoxious, unhelpful and rude when he called them to explain and only told him he could've posted copies to them AFTER he'd cancelled the policy because he was becoming increasingly upset by the emails and phonecalls.

The policy wasn't due to start until March 1st and they've charged him £60 for administration fees.

There are 8 motobikes in total in our family and none of us will use bikesure now or in the future, neither will we recommend them to anyone in the the grouos that we're all part of. I suggest if you're not a computer whiz to steer well clear!

I wont be going back to them

i had to change my motor bike to a new one my direct debt went from £31pm to £72pm, yet when i go to outer insurers i am £350 for the year, i have been speaking to people that have same bike 17 year old is £280 with Bike sure 19 year old who has had 2 claims in a year and bike is kept on street where anyone could steal it like his last bike was is only £400 and more and more of the same, i am 35 with no claims no points and have a good job bike is secure at home and work yet i am paying so much more for the same bike at the same time. was told is due to changing mid policy so i have been charged £350 for chagrining my bike hopefully they keep losing customer in the long term and they learn a lesson or go out of business.

I had an issue last year when I bought the insurance online. Then i was contacted to clarify few details and it turned out that my policy went £500 up due to the fact that I will most likely be changing my commuting destination during the period of ... Read more

I had an issue last year when I bought the insurance online. Then i was contacted to clarify few details and it turned out that my policy went £500 up due to the fact that I will most likely be changing my commuting destination during the period of this policy... so I decided to cancel. Which costed me £45+. Absolute joke. I thought I will give it a chance once again this year. Same story plus £30 for two days of being insured. Very poor approach to customers. I feel robbed of money and time. If you wish to insure with them as the price seems very affordable. Make sure you do it over the phone.

Waste of time and money

Really terrible. They don't hold quotes offered through compare websites. I was charged an additional £170 for reasons not made known and the customer service is awful. I spent hours on the phone with the customer service team and they still didn't resolve the issue. The company even tried to persuade me that I was not licenced to ride my motorbike. They had not done their research and didn't even apologise after I directed them towards evidence proving otherwise. After all of the charges and admin fees, frankly it's fraudulent how this company ripped me off.

Charged a fortune for cancelling a policy after two months. When I challenged the amount they told me I would get back they increased it. Why were they not honest up front. Just trying to rob me. I will NEVER use this company again.

do not use bikesure holding me ransom for £50 ..if you use bikesure you will be sorry 100% ripped me of..im starting a case with offcom 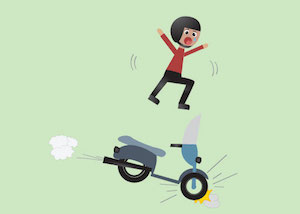 Insurance covers many aspects of our lives, from the car we drive, to our home, the valuables we use and collect, and even life itself. We use insurance to protect the important things in our lives, and yet pet insurance is often overlooked.