After buying €200 of bitcoins, I got less than $200,actually $177 of sort, on the bitcoins ATM machine, they stated €4 as transaction fees.
Despite that, I will still get like $200.
Also, the transaction was hanging, arrived following day, was told it was manually released into my wallet.
James, said it was immediately released, making me feel as if am making a false claim.
Shut me from the line, so rude customers service from James.
One wonders education he had, like in a rogue college or something?
So pathetic to relate with, could not give time to air my customers views and make amends.
The ATM support said, there is a 9% charges, in which am not aware of, nothing stated such in their website or in the ATM.
Seems they find it easy to tamper with normal bitcoins transactions at the detriment of customers.
This is for all to be aware of.

Had a great experience buying Ethereum, would definitely recommend anyone in Ireland to try this company if buying crypto.

Made my first bitcoin purchase easy, I will be back. 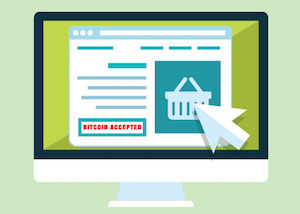 Now in their eighth year, the British Bank Awards, run by Smart Money People, have returned for 2022. The awards recognise the firms that go above and beyond in the eyes of those who matter most, the customer.