YOU 5 STAR GIVERS HAVE OBVIOUSLY JUST JOINED. BEWARE LATER WHEN YOU WANT TO LEGALLY TERMINATE THE AGREEMENT. YOU WILL WISH YOU HAD GONE ELSEWHERE I have written a few reviews for Moneyway since August last year. While you are in the process of setting Read more

YOU 5 STAR GIVERS HAVE OBVIOUSLY JUST JOINED. BEWARE LATER WHEN YOU WANT TO LEGALLY TERMINATE THE AGREEMENT. YOU WILL WISH YOU HAD GONE ELSEWHERE

I have written a few reviews for Moneyway since August last year. While you are in the process of setting up your finance, they are there for you constantly and can't do enough for you.
BUT THEN YOU GET YOUR FINANCE.
Like i have said before, I exercised my right to terminate the agreement.
In the "Termination" "Your rights" section it states that once you have paid over a set amount and the car is in reasonable condition, you can return the car and PAY NO MORE. Well that's what it states in the agreement, the reality is far from it. Moneyway seem to have separate rules for people that decide to (LEGALLY) terminate the agreement with them, this is when you can't get through to anyone anymore, but not so long ago they would bend over backwards to get you finance, because its
(Their commision you see). I had the guy come to collect the car, he checked it over for damage and found 3 very small scratches, 1 of which i proved was there when i collected the car from Kent. Moneyway decided that they wanted £210 for the damages to be repaired and ready for auction, i said ok, but i want to see before and after photos of the damaged areas. All of a sudden, the fee was for the loss they would face at auction and not for the repairs at all, Mmmm.
Let me paint a picture of the car.
It's a 2012 Smart Fortwo in white, fully loaded with 32,000 miles on the clock which is far below average. 4 Brand new tyres, new MOT, some service history, drove like a dream and it was in near immaculate condition. I am still in the process of fighting Moneyway over the required fee. The 3 small scratches are within the fair wear and tear guidelines set out by their own industry. It states that small scratches and dents are acceptable and not the responsibility of the owner when handing it back to the finance company. IT'S THERE IN BLACK AND WHITE IN YOUR OWN GUIDELINES MONEYWAY, TRY READING THEM. The financial Ombudsman is still waiting for a response from Moneyway but no doubt they will wait till the very last minute to reply.
First Moneyway wanted the £210 for repairs of damage to the car, that then changed to some sort of default charge, i still didn't know what that was, THEN it got changed to a collection charge, it seems they don't know what to charge it to.
I happened to go to my credit file to have a look at how it was, i found that Moneyway have been adding missed payments to my file since September last year and the last one was added in January. THIS IS ABSOLUTELY DISGUSTING AND UNDERHAND as this fee we are arguing about has nothing to do with my agreement.
I DID NOT MISS A SINGLE PAYMENT TO MONEYWAY, they are trying to get as much money out of me as they can and cause as much stress as possible while doing so.
If i had read the reviews on them before signing up, i would not have gone with them, that is for sure.
MONEYWAY, DO THE DECENT THING, IF YOU KNOW WHAT DECENCY IS, AND SHUTDOWN YOUR BUSINESS AND LET THE OTHER SUFFERING CLIENTS GO.
I have never known a company like Moneyway.
I had a car from another company previous to Moneyway, i exercised my right to terminate with them too, i had no problem at all because the company accepted i was well within my rights to end the agreement and the transaction was smooth and without issue.
MONEYWAY JUST SEEM BITTER THAT I DARE END THE AGREEMENT WITH THEM.
WELL GUESS WHAT MONEYWAY, THE FIGHT WILL GO ON TO THE END. THIS WILL NOT BE THE ONLY REVIEW I RIGHT ABOUT YOUR DISGUSTING WAYS OF EXTORTING MONEY FROM THE GREAT BRITISH PUBLIC, YOU ARE EVEN MORE DISGUSTING DOING THIS IN THE CURRENT CLIMATE OF COVID. How do you sleep at night?? well actually i expect you sleep soundly knowing you can bully another person in the morning.

THEY WILL HARASS YOU TILL YOU BREAK

!!BUYERS BEWARE!! IF YOU VALUE YOUR CREDIT SCORE, DO NOT USE THESE PETTY BITTER COWBOYS. IF YOU KNOW WHAT'S GOOD FOR YOU AND WANT A QUIET, STRESS FREE FINANCIAL AGREEMENT, DO NOT USE THESE ABSOLUTE DIABOLICAL AMATEURS. I am still fighting a battle with Read more

!!BUYERS BEWARE!!
IF YOU VALUE YOUR CREDIT SCORE, DO NOT USE THESE PETTY BITTER COWBOYS.
IF YOU KNOW WHAT'S GOOD FOR YOU AND WANT A QUIET, STRESS FREE FINANCIAL AGREEMENT, DO NOT USE THESE ABSOLUTE DIABOLICAL AMATEURS.
I am still fighting a battle with Moneyway which has been going on since i exercised my right to terminate my agreement in July 2020. (Legally)
I was well within my rights to do this as i had paid more than the minimum amount they needed for me to do this. It states in my agreement "Termination your rights"
"You have the right to end the agreement as long as you have paid back (££s that they calculate) and as long as the vehicle is in reasonable condition". The vehicle was in near perfect condition with 3 small scratches 1 of which i proved was there when i bought the car. I wonder how many customers have had the same issue but have given in to these bullies.
It seems they want the car back showroom condition or you are in for a rough ride.
I did everything correctly and within their rules BUT.
They are now trying to get me to pay £210 for,,
Firstly,
They said the fee was for Damage to the vehicle and this is what it would cost to make the repairs. I said ok, but i would like to see before and after photos of the repair sites, all of a sudden the fee was no longer for repairs but for what they would lose at auction due to the damage. (I have all the letters with these different claims). I have to say that the car was handed back in near mint condition but Moneyway are still on my case for the fee.
Secondly,
The fee changed to a default sum but for what i am still in the dark about.
Thirdly,
The fee is now for collection of the vehicle.
I receive letters offering a reduced payment, then the next day i get a phone call stating i owe the full amount and how am i going to pay it, they seriously have no idea what each other are doing and obviously don't talk to between themselves regarding their customers.
Moneyway gave me the details of a site they use for their guidelines to fair wear and tear, this CLEARLY shows that my vehicle was handed back to them WELL within these limits. Low and behold, i have heard nothing from them about it.
Remember, i paid my last contractual payment for the car in July 2020, yet they have put on the credit reference agencies that i have missed 5 payments including January 2021. The fee they are after has nothing to do with my agreement with Moneyway, yet they are seriously damaging my credit score by saying these are payments missed by me.
I am currently in contact with the Ombudsman and waiting for a decision to see where i go from there.
THESE PEOPLE WILL HARASS YOU TO THE END,
IF YOU KNOW WHAT'S GOOD FOR YOU AND WANT A QUIET, STRESS FREE FINANCIAL AGREEMENT, DO NOT USE THESE ABSOLUTE DIABOLICAL AMATEURS.

from First Response Finance
4.96 from 4099 reviews 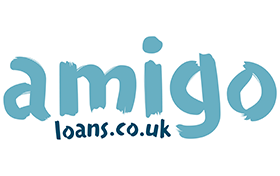